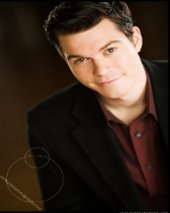 I'm a stand-up comic living in Seattle with a dream and a food handler's permit. 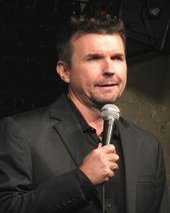 Tony Boswell entered the world a small, scared infant. Over the next two decades he put on some weight and grew taller. Then in 1986 he began performing stand-up comedy. Since then he has appeared in over 35 states and Canada with more than 3000 performances to his credit. He has been featured in the San Francisco International Comedy Competition, The Seattle International Comedy Competition, The New Orleans' Comedy Festival, The Boston Comedy Festival and on Comedy Central, Comedy on the Road, KSHB's Kansas City Comedy Hour, Night Shift, and National Public Radio and in the films, The Babe and Meet the Parents.

So how did that waif with no verbal skills whatsoever become one of the premier comedians working today? What started in fun ended in, well fun. Like an E! True Hollywood Story just before the half-hour commercial break, Tony had hit bottom. After dropping out of the University of Illinois, he had moved home with his mother. Not sure what to do with his life he began taking classes at The Player's Workshop of Second City in Chicago, an improv school whose alumni include such notables as Bill Murray, George Wendt and Shelly Long. Needless to say, he was hooked. Upon graduation from the Workshop he appeared in the sketch-comedy show Flame as well as The Adventures of Sinbad and Dreams of Gold and Pearls at the Children's Theatre of Second City.

Tony is a founding member of The Department of Works Comedy Ensemble whose other members included Andy Dick of News Radio and Comedy Central's Matt Walsh. With the "Department of Works" he produced and co-directed two successful shows, No Perversities Added and The Three Dollar Show. After a two year run, the individuals in the group split up to pursue their separate careers, Tony choosing stand-up comedy.

Tony currently travels the country as a stand-up comedian. He performs at comedy clubs as well as corporate shows nationwide. His show provides hilarious hi-jinks and onstage antics mixed with intelligent sarcasm. His good-natured approach towards the audience makes him a favorite nationwide.

Tony Boswell is available for corporate comedy shows. In addition to his regular stand-up show, Tony hosts the real, live, interactive comedy game show, How the Heck Should I Know, an audience participation event featuring trivia questions in a real game show environment. Participants play against each another for points and prizes. The best part is, Tony can tailor questions to your group or organization!

Here is a list of just a few of Tony's past clients:

"Your performance at our corporate holiday party was outstanding. Tony was able to create a fun and relaxed atmosphere. His ability to customize the show by incorporating several of our own employees into his performance made the show most enjoyable."